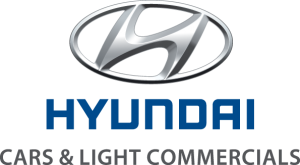 Hyundai was at that time re-launched into a market then dominated by Japanese marques, as a reliable, well-priced alternative, supported by a higher level of service than its competitors.

The division has developed a comprehensive network of sub-dealers and service centres which were set up in close proximity to their customers should they need them and offered free membership of a roadside assistance club to all Hyundai buyers.

Today Hyundai is firmly established in the Saudi market particularly in the Western Region as cost effective, well designed and reliable motor vehicles and is now one of the leading marques, with an ever increasing share of the overall auto market in Saudi Arabia

“Hyundai honoured Mohammed Yousuf Naghi Motors Company with the best dealership performance in the Middle East in 1994, and in 1995, plus the ‘Distributor of the Year Award’, further dealership accolades have been also been awarded including the prestigious Hyundai Global Marketing Award “Modern Premium prize 2011”

The Mohamed Yousuf Naghi Motors Company – Hyundai Division has continued its expansion by adding to its own extensive network of sub-dealers throughout the Western region.